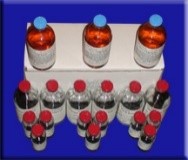 Additional Info:
There is no additional information published on our website for this item. Please go to the above Contact Us tab and let us know of your specific request. Or you can always CALL US at 800-418-9289. M-F 8:00am - 5:00 pm CT. via Type a message

to learn more and sign up for this complimentary webinar.