With only a few tablets left of a prescription drug that helps prevent a life-threatening allergic reaction, Lorrena Clee of Lower Sackville, N.S., got a call from her pharmacist Wednesday with some good news for her son.

The pharmacist said he tracked down 20 pills at a hospital pharmacy, which is equal to a 10-day supply for Clee’s son, Presley Clee-Ferguson, 33.

Clee-Ferguson has mast cell activation disorder and takes ranitidine tablets sold under the brand name Zantac. His mother said the GlaxoSmithKline product is the only one that doesn’t give him an allergic reaction.

While Zantac is best known for treating ulcers and gastroesophageal reflux disease, it’s also used to block histamines, which is why Clee-Ferguson takes it.

Clee said that when her son comes into contact with bacteria, viruses or allergens, his body releases large amounts of histamines, which cause hives and anaphylaxis.

Anaphylaxis can lead to shock, swelling of skin and the airways, and can be fatal. 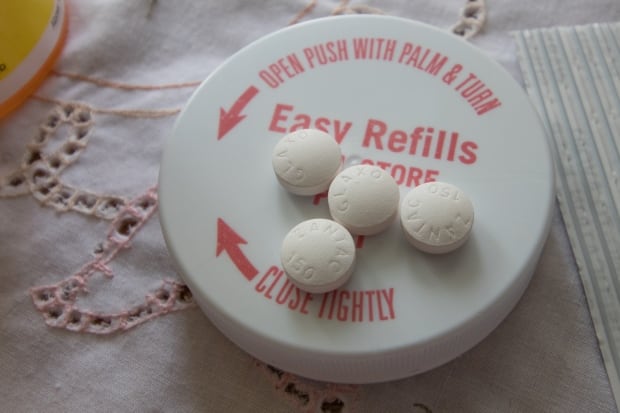 As of Tuesday, Presley Clee-Ferguson only had four pills left. Then on Wednesday, his pharmacist said he located 20 more. (Robert Short/CBC)

When Clee learned of the shortage last week after trying to get her son’s prescription refilled, she began rationing her son’s medication.

And the extra pills couldn’t have come at a better time. On Thursday, Clee noticed her son’s allergies were starting to flare up again.​

In the past, she would bring him to the hospital when he broke out in hives and he would immediately be put on a powerful dose of prednisone, a steroid with many side-effects.

“If we don’t get this under control in the next couple of days, we’ll probably have to bump him back up on his prednisone,” said Clee.

She said the drug makes her son gain weight and causes complications for his adrenal glands, so she hopes that won’t be necessary.

Clee is expecting the pharmacy to get the 10-day supply of ranitidine to her by Friday.

As well, she may be able to get the medication in a compound form. With compounding, the raw material in a powder form is packaged in a gelatin capsule. Clee said her pharmacist has the material and ability to do the compounding, but stressed this is not a foolproof solution.

“Because it’s in a different form, there’s a possibility he could have an allergic reaction,” she said.

Worries the drug won’t be made again

Clee said she was told by her pharmacist that a fresh shipment of ranitidine manufactured by GlaxoSmithKline may arrive later this month, so the need for the compounded version may not be necessary.

However, Clee wonders if the drug will ever be made again at all.

According to drugshortagescanada.ca, which is the website where drug shortages and discontinuations in Canada are reported, there are multiple shortages for ranitidine.

For the specific formulation used by Clee’s son, the reason is difficulty obtaining an ingredient needed for manufacturing the product.

“This is what I have trouble getting my head around. If pharmacies have this powder and can put it in a gelatin capsule, why doesn’t the pharmaceutical company have the same powder to make the pills?” she said.