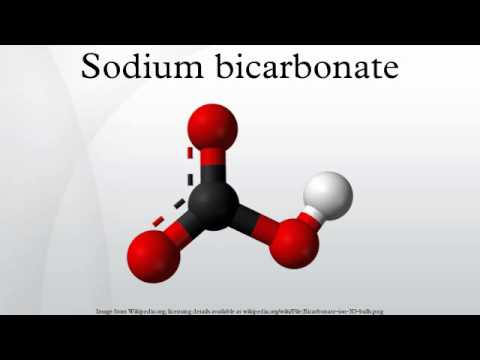 Sodium bicarbonate is becoming increasingly difficult for emergency rooms to obtain, potentially creating problems since few alternatives are available. One of these alternatives, sodium acetate, is also facing a shortage.

Erin R. Fox, PharmD, BCPS, FASHP, Senior Director, Drug Information Service at University of Utah Health Care and an expert on drug shortages, told Drug Topics that “in general, most manufacturers are operating on a just-in-time production schedule. They don’t make extra to have on hand for emergencies, and they don’t have redundancy such as another manufacturing line if there is a problem.”

Fox added that “Most drug shortages are due to poor quality and manufacturing problems related to quality. It’s ridiculous that so many of the critically needed drugs we need for our patients have no back-up plan or redundancy.”

The New York Times reported that one pharmacist was “so desperate that he had done an internet search to investigate if he could safely mix his own batch with some baking soda and water.”

The answer to this problem could be compounding pharmacists. “Pharmacists, in particular, would be able to offer this product to help meet a tremendous shortage, and fulfill the needs of the health-care practitioners and their patients,” Baylor Rice, RPh, FIACP, President of the International Academy of Compounding Pharmacists (IACP) said. “Since sodium bicarbonate is on nationwide backorder, pharmacies that engage in sterile compounding are permitted to compound sodium bicarbonate injectable preparations under USP Compounding Standards.”

However, compounding pharmacists still face many barriers in helping this shortage, especially for 503B outsourcing compounding pharmacies. Fox noted that “503B pharmacies are allowed to compound products listed on FDA’s website—but they don’t get any advance notice of when FDA will add something to their list,” meaning that it can be 3 to 4 weeks before a 503B can have stock. Then, she added, “they don’t know how much to make, because they can’t sell products after FDA removes [the product] from their list—so lots of uncertainty there.”

Rice noted that “overhead expenses, including application fees, product stability testing, as well as operational expenses contribute to whether [a 503B outsourcing facility] would be willing to compound and distribute the preparation.”

Before the Drug Quality and Security Act (DQSA) was passed in 2013, compounding pharmacists could provide in-office compounding in some states. In December 2016, the FDA issued final guidance that prohibited 503A pharmacies from office-use compounding.

“Patient harm, as a result from limited-to-no-access of a drug shortage product, can be remedied if FDA understands that access to compounded preparations goes much farther than the brick and mortar of a pharmacy,” said Rice. “Prescribers, nurses, and other health-care entities require that compounded preparations need to be available for immediate-use in emergency situations. The only way to meet this requirement is for the practitioner to house a small supply of the product in the practitioner’s office.”